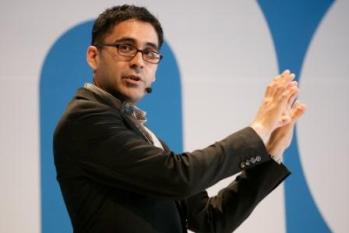 Umair Haque with his last book “New Capitalist Manifesto”, Alex Bogusky with his “Fearless Revolution” ideas and recently launched new social brand COMMON and Michael Porter with the “Business Shared Value” concept (developed together with Mark Kramer) put foundations of the real process of rethinking, reforming and reinventing the way of functioning the modern society economy during the last decades and start building cornerstones of completely New /Creative/Constructive/Sustainable Capitalism – could name it Capitalism 3.0.

In the beginning was Cluetrain Manifesto…Haque, Bogusky and Porter step on it and shape their creative ideas…

I just would like to share without any comments some of the most impressive ideas of these “three Big” visionaries of modern time. 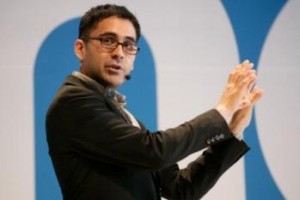 Umair Haque is Director of the Havas Media Lab, a new kind of strategic advisor that helps investors, entrepreneurs, and firms experiment with, craft, and drive radical management, business model, and strategic innovation. Prior to Havas, Umair founded Bubblegeneration, an agenda-setting advisory boutique that helped shape the strategies of investors, entrepreneurs, and blue chip companies across media and consumer industries. He is author of many  publications in Harvard Business Review,  Wired, The Red Herring, Business 2.0, BusinessWeek, and in Chris Anderson’s Long Tail, to which Umair was a contributor. His last book is “New Capitalist Manifesto Twitter: @umairh

Marketing can do better. Here’s how: Instead of talking down, start listening up. Here is what I don’t mean. Listening up doesn’t mean surveilling your customers, and then discovering slightly cleverer ways to trick them (yet again).

Listening up doesn’t mean holding five thousand focus groups a year, and then price discriminating the daylights out of hapless customers .

Listening up doesn’t mean delving into mines studded with billions of seams of “data” about “consumers.”

Here’s what I do mean by “listening up.”

Listening up means spending time actually talking to your customers, about not just their “wants” and “needs” but about their hopes and fears, their opportunities and threats, their greatest achievements and biggest regrets. It’s not just about sating immediate desire with lowest – common- denominators, outsourced from the lowest bidder — it’s about learning to help people achieve long-term fulfillment, in inimitable, enduring, resonant ways that rivals can’t.

Listening up means empowering as many people inside your organization as possible to spend time talking to your customers to have those conversations, and empowering them to talk to one another openly. To get there, it probably means rethinking the shape of your organiz ation, from tall, to flat, to networked, meshy, and circular. It means empowering people to be heard, instead of just trying to shout them down or drown them out. It means responding honestly, instead of dissimulating and misdirecting.

Listening up means investing not just in “market research” but in people. Relationships aren’t just idle promises: they’re patterns of mutual investment. Essential to the art of listening up is making those investments, so people can be heard.

Listening up is the emergent, complex, and unpredictable joint creation of shared values, that build common cultural foundations and let customers and companies feel like they’re part of a shared movement. It is more than a commitment to transparency, it is a deep dedication to real dialogue.

The Five “P” of today Business (the “Zombie Economy”)

Today Business is Pedestrian (in its vanishing smallness of ambition), Predictable (in its furious obsession with the trivial), Predatory (in it’s hyperaggressive selfishness), Pompous (in its unvarnished self-impo rtance), and Pointless (in its lack o f usefulness to peo ple and so ciety).

Twentieth-century (industrial era) capitalism is founded on competitive advantage, dumb growth, and thin value where the link between cornerstones & performance and institutions & returns is mer eadvantage.

How production, consumption, and exchange happen — To utilize resources by renewing them instead of by exploiting them

Which products and services are produced, consumed, and exchanged — To allocate resources democratically and respond better to demand and supply shocks

Why production, consumption, and exchange happen — To become more competitive over the long term instead of just blocking competition temporarily

Where and when production, consumption, and exchange happen — To create new arenas of competition (in their marketplaces), instead of just dominating existing ones

What is produced, consumed and exchanged — To seek meaningful payoffs that mattered in human terms, not just financial ones

Thin value is not authentic economic value, and “dumb” growth is the growth of “thin” value.

Thin value is artificial, often gained through harm to or at the expense of people, communities, or society.

Thin value is meaningless, because it often fails to make people, communities, and society durably better off in the ways that matter to them most.

Thick value is authentic economic value, and “smart” growth is the growth of “thick” value.

Sustainable value is value that lasts beyond production and consumption.

Meaningful value is value that matters. It has a greater, more positive impact on people’s outcomes (at an equal cost) in ways that matter most to them.

So here’s the twenty-first-century capitalists’ agenda, in a nutshell. To rethink the “capital” — to build organizations that are less machines, and more living networks of the many different kinds of capital, whether natural, human, social, or creative. And second, to rethink the “ism”: how, when, and where the many different kinds of capital can be most productively seeded, nurtured, allocated, utilized — and renewed.